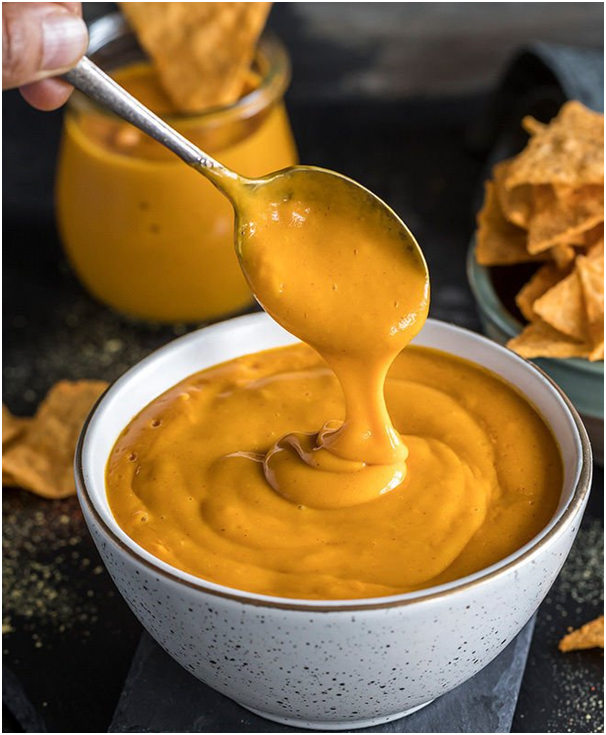 It is also said that when the cheddar is aged, it slowly becomes orange in colour – hence the sauce made with aged cheddar becomes yellow.

The main difference between the two is that soft cheese is broken down and melted during the heating process, while hard cheese is not. The white cheese sauce is thicker and creamy because of the addition of starch. The yellow cheese sauce is smoother because it is beaten after melting.

Most people say both kinds of cheese taste the same; however, yellow cheese sauce is well-known and more popular People often find yellow and other coloured cheese sauces more appealing than the white ones.

On the other hand, Pure Dairy Anita Cheese Sauce (yellow cheese) has an authentic American flavour that is perfect for burgers, sandwich, nachos and loaded fries.

Generally, in cafés and restaurants, we see yellow and white cheese sauce, but the colour of cheese sauce is not limited to these two. These days’ people add food colours to their cheese sauces to make them colourful, like green for St. Patrick’s Day and pink & blue for a baby shower, and there are a lot of other options.

Whether you are a restaurant owner or caterer, you must try Pure Dairy cheese sauces. These sauces are free from nasty additives and preservatives and long-lasting. To buy the best yellow and white cheese sauces in Australia, contact Pure Dairy now, and they will get back to you with the additional details about the distributors near you.