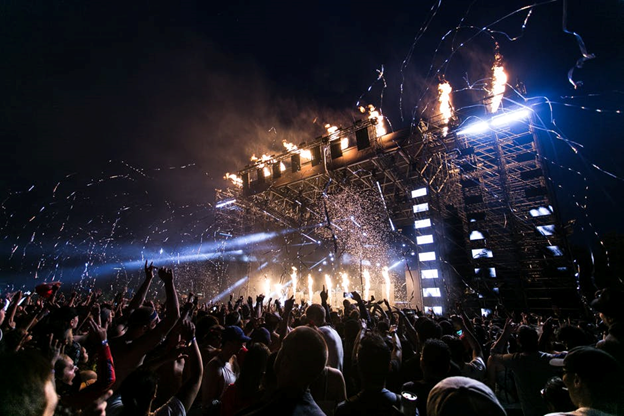 Did you know that the Weeknd’s videos had 4.8 billion watchers worldwide in 2020 alone?

Abel Makkonen Tesfaye, popularly known as the singer the Weeknd, is an Ethiopian RnB singer and songwriter well known for his explicit jams about sex and drugs. Abel was born on February 16, 1990, in Toronto, Ontario, Canada. To date, he has the longest-charting song in history as an individual artist.

His songs have billions of streams worldwide, and he’s won many’s hearts through his music. With several billboard wins and nominations over the years, it’s safe to say he’s one of the biggest global pop stars in the world.

Known for his exemplary falsetto and slow-grooving backbeats, the singer has also written songs for prominent artists such as Kanye West and Lana Del Rey.

Read on for more about the Weeknd and his chart-topping career.

The Weeknd’s origins lie in Ethiopia, where his relatives, including his parents, lived before his mother and grandmother emigrated to Toronto in the 1980s. He could speak Amharic even before English and still does.

After moving, his parents, who were never married, split up, and he and his mother shared an apartment with his grandmother in Scarborough. He vaguely remembers his father since he only saw him when he was six and again when he was 11 or 12. By this time, his father had a wife and other kids.

He quit school in Grade 11 and decided to move out to live with his best friend La Mar Taylor. They relied on welfare checks and selling marijuana to afford their $850 rent.

How It All Started

After some time, the music artist got a job at American Apparel, and it was around the same time that he began writing songs about drugs and casual sex. He initially called himself The Weekend, but since there was an existing band with the same name, he had to alter his.

He intended to sell his music to other artists. However, under his new name, the artist uploaded his first three drug-inspired tracks on YouTube in 2010. Singer and producer Jeremy Rose produced them.

They quickly gained popularity and eventually received a write-up on Canadian singer Drake’s blog. With Drake’s support, the singer the Weeknd was able to compile a nine-song mixtape in March 2011.

He was promoted as an anonymous artist. No one knew who was behind the music—not even his colleagues at American Apparel. They would listen to his music, oblivious that he was the artist behind it.

He didn’t think he had the right image to be an RnB star, disliking how he looked on camera.

This chart-topping singer controlled his fame, and in phase one, he only released obscure photos of himself and avoided any interviews. According to him, this made him and his music more mysterious.

His first public appearance was in a club in Toronto in 2011. The same year, he released two more mixtapes, Thursday and Echoes of Silence.

The Weeknd’s career peaked when he released “Love Me Harder,” a duet with pop artist Ariana Grande. This was in 2014, and it immediately made the top ten charts.

He went on three more hit singles: “Earned It,” “Can’t feel my face,” and “The Hills.” All featured on the album Beauty Behind the Madness in 2015.

The singer the Weeknd won a Juno award for artist of the year for the second time in a row in 2019. He also won four other Junos, including album of the year.

His song, “Earned It,” got nominated for the best RnB performance Grammy award, which he won. Beauty Behind the Madness also won a Grammy for best urban contemporary album of the year.

In 2016, “Earned It,” which was the soundtrack to the film “Fifty Shades of Grey,” got nominated for an Academy Award.

His stardom continued to rise when he released Starboy. This featured artists such as Daft Punk and Kendrick Lamar. It also won a Grammy for the best urban contemporary album.

The Weeknd has performed in more than 400 concerts since the start of his career and four concert tours. Each concert tour honors one of his studio albums.

It was initially planned for 2020, but the singer had to postpone the performance because of the COVID-19 pandemic. Instead, it will take place between July 8 and September 3, 2022, in Inglewood, Toronto. The prices for the Weeknd concert tickets vary depending on location and timing.

Why Singer the Weeknd Tops the Charts

The Weeknd is a global superstar who has written, sang, and been featured in several hit tracks. He’s made history by having a hit single topping the charts for the longest time as a solo artist.

The Ethiopian singer’s success is due to his hard work and immense talent. He’s also had the opportunity to gain the recognition and support of other well-known artists.

Singer The Weeknd has several awards, including a couple of Grammys and Billboard awards. His sound is unique and popular, known for its slow tempo and soothing backbeats.

He has had the privilege of working with some of the most prominent artists in the industry, from Kanye West to Ariana Grande.

If you enjoyed reading this music-related blog, stay on this site to browse more informative articles.