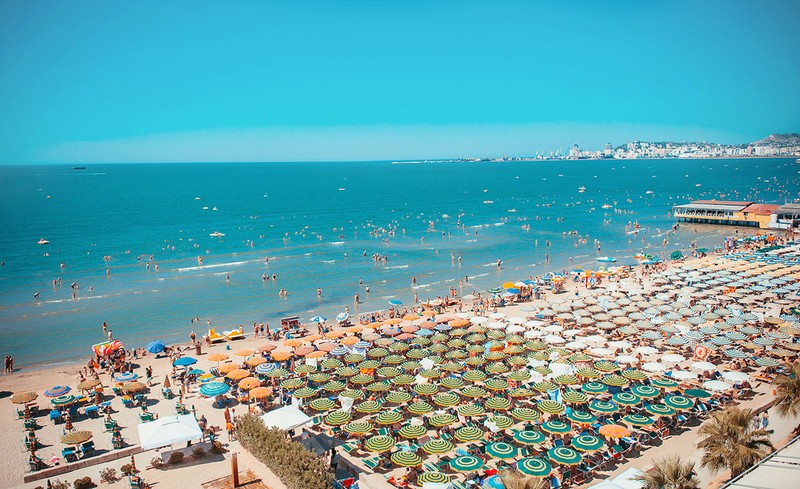 Albania is a small country in Europe. It has been closed to the outside world for around 50 years due to its communism regime. However, that is past now and the country has been a major European attraction to visitors, considered a new destination and e hidden gem to be discovered.

Albania offers many destinations to be explored for all types of tourism. If you are a fun of sun and beaches, Albania is the way to go, and the city of Durres (Albanian: Durrës) is the best destination in Albania if you are looking for some family summer vacation.

Durrës is the biggest seaport of Albania. It is located strategically just 34km away from Tirana. It is one of the most ancient cities of Albania and one can consider it as the eternal city over Adriatic Sea. Durres has seen more than 3,000 years of history since its foundation dating back to 627 B.C. The old city foundations date back to Corinthians and Corcyra settlers who invaded the old Illyrian territory of the Taulants.

Being an important city since antiquity, Durres is home to many archaeological findings and well preserved sites. One of the main tourist attractions in the city of Durres is the amphitheater of the Roman Emperor Hadrian. The amphitheatre consists of around 15,000 seats, making it the second biggest amphitheater in the Balkans.

City main attractions include many ruins and archeological findings. For example, there are the bathhouses of the 2nd century A.D. or the Byzantine Market (the forum) of the 5th-6th century featuring marble columns.

As most of ancient cities, Durres was surrounded by thick protecting walls. Today, one-third of the original ancient city walls and the castle, stand still to witness the city’s glory and civilization. Walking in the streets of the city, visitors can experience taking the same road that Caesar himself once strolled.

The most renowned archaeological structure found in Durrës, and a symbol of the city, it is “TheBeauty of Durres” (Albanian: “Bukuroshja e Durrësit”), which is a mosaic from the 4thcentury B.C.

Besides its historical value, the geographic location makes Durrës a beautiful destination to take a relaxing break. It features a long shore of sandy beaches, modern hotels and urban feel. Tourists can expect to find great restaurants and accommodations all along the sea’s edge, with a great service as well.

And that’s not all. Read more at http://albania.al to learn more.