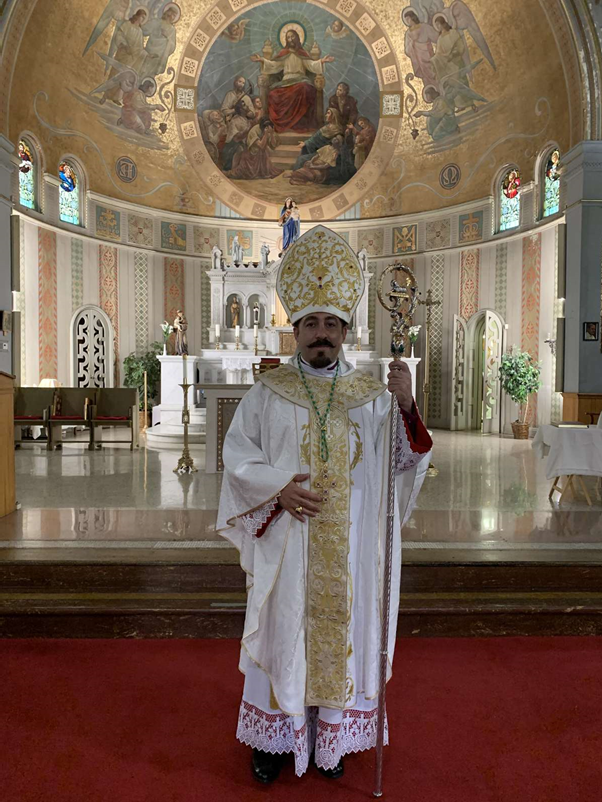 When it comes to being a bishop, there are a few things that many of us need to understand about the roles and responsibilities they need to uphold.

In a short conversation with newly elected Bishop Edik Baroni we learn about this important subject and about his life. Bishop Baroni says:

First of all, we must understand what a bishop is? They are revered individuals who serve as the general superintendent for the church, assigned to certain geographical area or sometimes to specific group or ethnic people. Bishops give a general oversight to the worldly and spiritual interests of the church and also hold the responsibility to see that the rules and regulations that have been developed by the General Conferences are carried out.

One of the unique purposes of a Bishop is ‘to build up in communion the one and only body of Christ until it has reached its full maturity. They are the guardians and servants of the communion and serve as the embodiment of Christ and the Gospel message – they are the sign, a means of salvation where they carry out the teachings of their faith.

With the assistance of priests, bishops hold the responsibility of preaching the Gospel while simultaneously administering the sacraments and guiding Christ’s people. The Bishop also serves as the principal teacher within the faith community and as such, they have to be devoted to preaching the Gospel at all times. This preaching should be aimed at illuminating to the faithful people about what they must believe in and put into practice while helping them steer away from all kinds of errors that may be life-threatening to their spirits.

The bishop must make it their first concern to lead others towards the proper knowledge of the truth of salvation in Christ and the obedience of faith, opening people towards the transformation of grace.

By asking some more question from Bishop Baroni we learn that he is someone who has thoroughly followed the teaching and doctrine of the Church and became the first Armenian/Iranian bishop, residing in United States. As a rare personality, Baroni has always shown an interest in the Christian faith and the church – which is why when he turned 15, he decided to become a priest. He started researching churches, priesthood, and religious life and joined the Roman Catholic Cathedral of Tehran which was managed by the Salesian Order in 1996.

Baroni preaches and celebrates the sacraments in six different languages – English, Armenian, Spanish, French, Farsi and Italian and is also the founder and CEO of the prestigious Holy Apostolic Church of USA.

Some of his notable works include fighting against the religious discriminations that stem from within the Middle East and many other poor countries and leading ‘The Personal Prelature of the Persian Communities Worldwide’ – a community for clergy and laypeople who follow the Catholic and Apostolic Tradition of the Church.